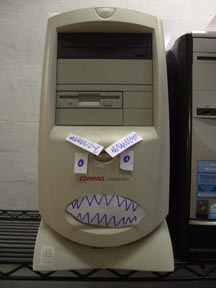 I don’t know why I keep putting faces on things, maybe its a disorder. Oh well.

Since I don’t have anything else of value to put here, lets look at a sad Mac Book. It would not start, flat dead. 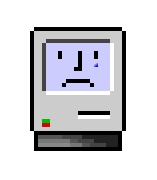 I fiddled with its battery and then decided to check the Ram. The first stick that popped out of the slot looked all funky with white stuff on it.

Turned out that someone had coated the end of it in thermal paste, I don’t know why but they did. Ram does not like thermal paste smeared over it like cheese on a cracker, contrary to popular beliefs. 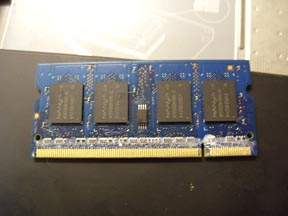 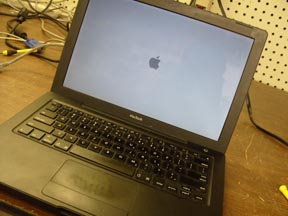