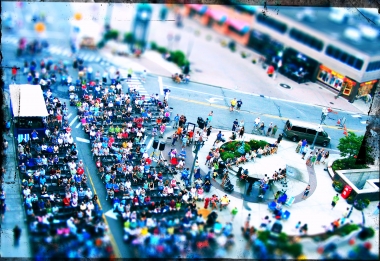 A monkey riding a goat. 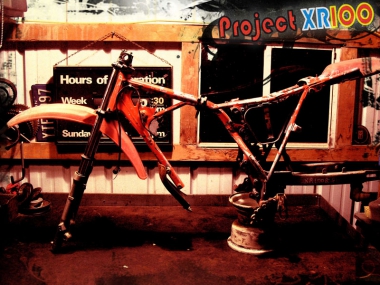 On a recent trip up north we stopped by a bike and snowmobile boneyard for a look around. In the four feet of weeds on the overgrown lot were a lot of old picked over carcasses of once great racing bikes from the last couple decades. I dug around for a while trying to spot an xr75 frame but only found a rough xl75 one that was bent. But then under an old Yamaha I found the left overs of a 1986 xr100 with most of its driveline still on it. So I picked it up and now have it safe and sound on the bench ready to get some much needed attention after years of neglect. Cost for of frame – $50 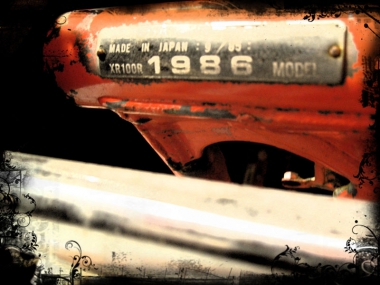