I finally have got my telescope mount and guide scope all working together so that it can actually track stars now and keep pictures from blurring. Its really kind of cool to target a single star and then walk away knowing  that the same star will be locked in view, I mean that’s just nuts! The earth is zipping around the sun, spinning and the sun is spinning around the center of the galaxy, and the galaxy is spinning around galaxy clusters, and in a corn field this goofy tripod plugged into my old pickup is keeping the whole mess locked in frame.

Anyways, I made a camera cradle to hold the guide scope and my camera and messed around with that this weekend. I was going to try to get some pictures of maybe a larger galaxy or some random nebula, but decided to go back to the North America Nebula. Three reasons for this;

1. I wanted to photograph something big since I was using my Tamron 70-300mm telephoto lens which can’t reach out like a telescope.

2. I wanted to see how my Canon T2i stacked up to my Canon 20Da when taking picture of hydrogen clouds. For those that may not know the 20Da is about quite a bit older then the T2i, but has a special filter on the sensor that’s more sensitive to light waves from hydrogen.

3. I had a crummy unguided picture I took of the North America Nebula already and I wanted to see how much better I could do on round 2.

So here is the first picture, this was done back in April with the 20Da and a 50mm lens near day break which made the picture expose kind of funky. You can see the cloud that looks like North America in the top left. 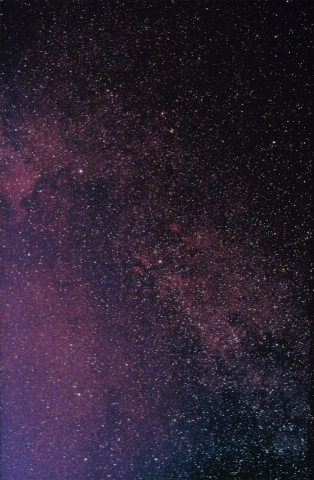 And here was from Saturday nights attempt with the 20Da and the 300mm lens. 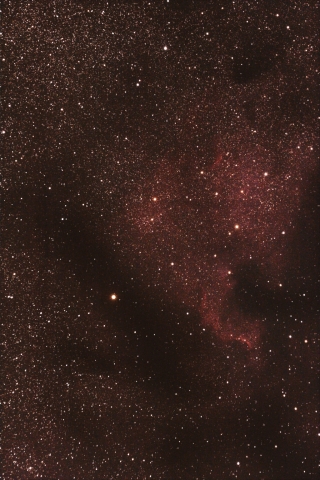 I think that I can do better yet, but its actually starting to look like something. The last picture was about 10 minutes worth of exposure, I did a half hour with my T2i but nothing showed up, which means the 20Da does seem to have the upper hand when working with hydrogen nebula’s. Anyways that’s enough ranting from one day, has been fairly quite so I figured I’d post something.

Also here’s a snowmobile in space